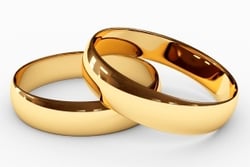 The remaining four Justices dissented each with their own opinion.

The case, which originated in the 6th Circuit, was linked to related cases, Tanco v. Haslam, DeBoer v. Snyder, and Bourke v. Beshear.

Group health plans that offer spousal benefits must extend these benefits to any individual who is validly married in any state, regardless of the sex of their spouse. Although the ruling does not explicitly extend to same-sex marriages performed out of the country, other federal regulations on the issue would indicate that employers should also recognize same-sex marriages performed validly wherever the marriage took place. It is likely that the Department of Labor and other agencies will issue guidance on this issue, but employers should be prepared to change spousal policies excluding same-sex marriages as soon as practicably possible.

For individuals with a same-sex spouse (validly married in a state allowing same-sex marriage) who reside in a state that did not recognize same-sex-marriage, the ruling in Obergefell likely triggers a change in status event for Section 125 plans. That is because, as of June 26, 2015, the individual is now considered married under state law, whereas they were not the day before.

In order to make a permitted election change, the plan must allow the change, an individual must have a change in status event, the requested change must be consistent with the event, and the employee must make an election change in a timely manner, often set at 30 or 60 days. Employers should work to ensure that individuals in a same-sex marriage are given the opportunity to enroll in a timely manner to prevent violation of Section 125 regulations. Employers whose plans do not permit a change in election due to a change in marital status should work with counsel to prevent a conflict between their plan and Obergefell.

In February the Department of Labor (DOL) issued an updated definition of “spouse” under the Family and Medical Leave Act (FMLA) to make compliance easier, and defined “spouse” as a husband or wife, which refers to a person “with whom an individual entered into marriage as defined or recognized by state law.” The governing state law is that of the celebration state, or where the marriage took place. This definition was set to go into effect across the United States on March 27, 2015, but litigation in Texas, Arkansas, Louisiana, and Nebraska prevented the new rule from going into effect in those states. Employers in those states that were awaiting the conclusion of that litigation should be poised to adopt the new rule as soon as practicably possible. The definition under FMLA might be updated as a result of the ruling in Obergefell to simply encompass “as defined by state law” but that remains to be seen.

All employers should review employee handbooks and plan documents thoroughly to prevent conflict and avoid potential discrimination suits. Employers should also work with their accountants to ensure tax-withholdings are done accurately for affected individuals. Employers should consult with legal counsel if they have any questions or concerns.

The Obergefell case centered around 14 same-sex couples and two men whose same-sex partners are deceased. These couples filed suits in their home states claiming that the states (Michigan, Kentucky, Ohio, and Tennessee) violated their 14th Amendment rights by denying them the right to marry or failing to recognize their marriages which had been lawfully performed in another state. The plaintiffs prevailed in the federal district courts but were then consolidated by the 6th Circuit, which ruled against them.

For an explanation of the court’s opinion and a review of the dissents, download UBA’s ACA Advisor, “U.S. Supreme Court Finds Same Sex Marriage Is Protected by the 14th Amendment”.