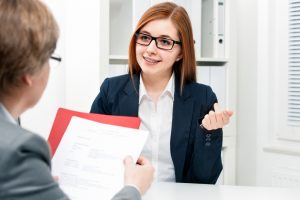 Hybridized jobs are no longer the exception in the workplace. They’re the norm. Employees are now expected to dabble in different areas, such as communications, IT and sales—all in one role. In fact, a recent study found that roles such as social media strategist and web designer are dying out, in favor of roles that require multiple “hats.”

So how can you find the candidates that will make good hybrid employees? What questions should you ask in the interview? Interviewing for the technical skills needed in a hybrid job is simple and straightforward. The difficult part is understanding how applicants function when they need to use a mix of hard and soft skills.

To understand this, hiring managers should use a behavioral interviewing approach. This approach uses questions designed to elicit responses that get at a candidate’s approach to working, such as dealing with a difficult supervisor or mentoring a new employee. To be effective, behavioral questions should be tied to situations that are real in your company and that any candidate would face on the job.

Here are some areas of behavior to gauge, questions to ask and responses you hope to hear (or hope you don’t hear) when trying to find a good fit for a hybrid position:

Handling conflict: How have you have handled working with another person who challenged your ideas?

Solving problems: How have you dealt with an upset customer or teammate?

Working with teams: Could you describe a team project you’ve worked on that required working with people from other parts of the company?

Leadership: When have you taken the lead on a difficult project?

Dealing with adversity: Tell me about a time when you’ve made a mistake, and what you did about it?

By using behavioral questions in your interview process, you will be able to find candidates who are versatile, collaborative, intellectually curious and responsible. These are the candidates who will thrive in a hybrid role, giving you a great hire and a stronger workforce.