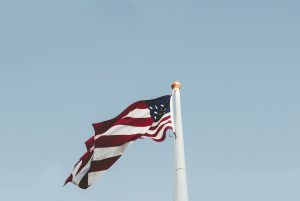 Following the November 2016 election, Donald Trump (R) will be sworn in as the next President of the United States on January 20, 2017. The Republicans will also have the majority in the Senate (51 Republican, 47 Democrat) and in the House of Representatives (238 Republicans, 191 Democrat). As a result, the political atmosphere is favorable for the Trump Administration to begin implementing its healthcare policy objectives. Representative Paul Ryan (R-Wis.) will likely remain the Speaker of the House. Known as an individual who is experienced in policy, it is expected that the Republican House will work to pass legislation that follows the health care policies in Speaker Ryan’s “A Better Way” proposals. The success of any of these proposals remains to be seen.

Employers should be aware of the main tenets of President-elect Trump’s proposals, as well as the policies outlined in Speaker Ryan’s white paper. These proposals are likely to have an impact on employer sponsored health and welfare benefits. Repeal of the Patient Protection and Affordable Care Act (ACA) and capping the employer-sponsored insurance (ESI) exclusion for individuals would have a significant effect on employer sponsored group health plans.

President-elect Trump’s proposal also notes that his immigration reform proposals would assist in lowering healthcare costs, due to the current amount of spending on healthcare for illegal immigrants. His proposal also states that the mental health programs and institutions in the United States are in need of reform, and that by providing more jobs to Americans we will reduce the reliance of Medicaid and the Children’s Health Insurance Program (CHIP).

In June 2016, Speaker Ryan released a series of white papers on national issues under the banner “A Better Way.” With Republican control of the House and Senate, it would be plausible that elected officials will begin working to implement some, if not all, of the ideas proposed. The core tenants of Speaker Ryan’s proposal are:

Speaker Ryan’s white paper also addresses more robust protection of life by enforcing the Hyde Amendment (which prohibits federal taxpayer dollars from being used to pay for abortion or abortion coverage) and improved conscience protections for health care providers by enacting and expanding the Weldon Amendment.

Speaker Ryan also proposes other initiatives including robust Medicaid reforms, strengthening Medicare Advantage, repealing the Independent Payment Advisory Board (IPAB) that was once referred to as “death panels,” combine Medicare Part A and Part B, repealing the ban on physician-owned hospitals, and repealing the “Bay State Boondoggle.”

Generally speaking, the process of repealing a law is the same as creating a law. A repeal can be a simple repeal, or legislators can try to pass legislation to repeal and replace. Bills can begin in the House of Representatives, and if passed by the House, they are referred to the Senate. If it passes the Senate, it is sent to the President for signature or veto. Bills that begin in the Senate and pass the Senate are sent to the House of Representatives, which can pass (and if they wish, amend) the bill. If the Senate agrees with the bill as it is received from the House, or after conference with the House regarding amendments, they enroll the bill and it is sent to the White House for signature or veto.

Although Republicans hold the majority in the Senate, they do not have enough party votes to allow them to overcome a potential filibuster. A filibuster is when debate over a proposed piece of legislation is extended, allowing a delay or completely preventing the legislation from coming to a vote. Filibusters can continue until “three-fifths of the Senators duly chosen and sworn” close the debate by invoking cloture, or a parliamentary procedure that brings a debate to an end. Three-fifths of the Senate is 60 votes.

There is potential to dismantle the ACA by using a budget tool known as reconciliation, which cannot be filibustered. If Congress can draft a reconciliation bill that meets the complex requirements of our budget rules, it would only need a simple majority of the Senate (51 votes) to pass.

Neither President-elect Trump nor Speaker Ryan has given any indication as to whether a full repeal, or a repeal and replace, would be their preferred method of action.

The viability of any of these initiatives remains to be seen, but with a Republican President and a Republican-controlled House and Senate, if lawmakers are able to reach agreeable terms across the executive and legislative branches, some level of change is to be expected.