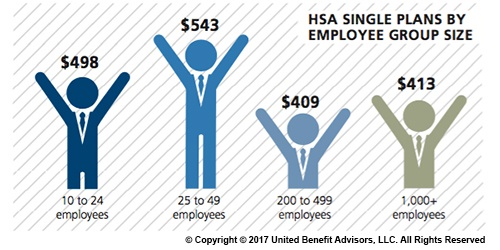 For a detailed look at the prevalence and enrollment rates among HSA and HRA plans by industry and region, view UBA’s “Special Report: How Health Savings Accounts Measure Up”, to understand which aspects of these accounts are most successful, and least successful.

Benchmarking your health plan with peers of a similar size, industry and/or geography makes a big difference in determining if your plan is competitive. To compare your exact plan with your peers, request a custom benchmarking report.

For fast facts about HSA and HRA plans, including the best and worst plans, average contributions made by employers, and industry trends, download (no form!) “Fast Facts: HSAs vs. HRAs”.