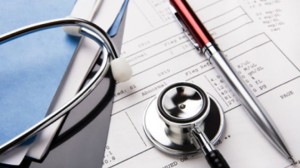 Health insurance premium renewal rates increased an average of 6.2 percent for all plans in 2015, up from the previous year’s 5.6 percent increase, according to new survey data released from United Benefit Advisors (UBA), the nation’s leading independent employee benefits advisory organization. Small businesses with fewer than 25 employees, which account for five million U.S. employers, were hit the hardest, finds UBA.

“In 2014, employers overwhelmingly utilized early renewal strategies to delay moving to higher cost ACA- compliant plans and keep increases in check,” says Les McPhearson, CEO of UBA. “These delay tactics ran out in 2015 and, as a result, these small businesses (that make up the majority of American businesses), were forced into higher-cost, community-rated ACA plans. Without the negotiating power of bigger groups or the protection from grandmothering, many small employers were left with no cost containment strategies other than reducing coverage.”

“Hawaii is a state that was on the forefront of managed care and adopted an integrated care model as a strategy to address cost, quality, and access over 40 years ago,” explains Lon Wilson, President & CEO of The Wilson Agency, a UBA Partner Firm in Alaska. “Alaska, on the other hand, has resisted most forms of care management, not the least of which is the carrier’s limited ability to contract with physicians. We are just now beginning to see collaboration between payers, providers, and hospitals, but we are way behind the rest of the country. This, coupled with our small population, geographic size, lack of transportation infrastructure, and cultural diversity, add up to a perfect storm of high cost of care, large variations in quality and access challenges,” says Wilson.

Premiums increased the most for singles in Louisiana (23.5 percent) and California (17.2 percent), and families saw the biggest premium increase (7.6 percent) in South Carolina. Connecticut was the only state to see a modest decrease in single premiums (5.1 percent) and decreases in family premiums were largely nonexistent, according to the survey.

Costs and Contributions by Industry

Total costs per employee for the retail, construction, and hospitality sectors are 8.6 percent to 21.2 percent lower than the average, making employees in these industries among the least expensive to cover. Surprisingly, the finance industry eclipsed the government sector—the perennial leader in the highest costs per employee— and now pays, on average, $11,842 per employee, a 16 percent increase from 2014. Government plans still have the third highest average cost per employee ($11,817), yet employee contributions are 45.2 percent ($2,105) less than the average employee contribution of $3,333.

UBA finds that more than half (53.7 percent) of all employers offer one health plan to employees, while 28.7 percent offer two plan options, and 17.6 percent offer three or more options.

“The percentage of employers now offering three or more plans is of particular interest since it represents nearly a 28 percent increase over the past five years,” says McPhearson. “More and more, employers are offering expanded choices to employees either through private exchange solutions or by simply adding high-, medium-, and low-cost options, a trend we believe will continue to increase. Not only do employees get more options, but employers can introduce lower-cost plans that ultimately may attract enrollment and lower their costs.”