By Peter Freska, Benefits Advisor at The LBL Group
A UBA Partner Firm

The Patient Protection and Affordable Care Act (PPACA), commonly referred to as “Obamacare,” was signed into law with the intention of decreasing the number of uninsured Americans and reducing the overall costs of health care in the United States. In order to increase the number of U.S. citizens covered, a number of mechanisms including 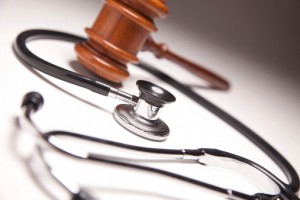 mandates, subsidies, and tax credits became effective beginning January 1, 2014. The federal health care law also contains many reforms aimed at improving health care outcomes and streamlining the delivery of care. While this reform may be appealing, there are many concerns as to its viability, beginning with the increased number of people covered to effective reduction of health care costs. In the latest arguments for or against PPACA, the Supreme Court of the United States (SCOTUS) heard arguments on the legality of who is able to provide subsidies to those who qualify for subsidies. This lawsuit contends that subsidies are illegal unless a state has set up its own health insurance exchange. The charge is based on wording in the law, which states that subsidies are for health coverage obtained on an “Exchange established by the State under section 1311.”

To note, I recently read several updates on the subsidy case (King v. Burwell, ruling should come out by June 2015). There are many thoughts and opinions as to how the justices will vote. The key seems to be Justice Kennedy’s vote. This is a battle of states’ rights, individual rights, the impact of a strict literal interpretation of the law versus a contextual reading of the law, and how things might change if SCOTUS rules that subsidies can only be paid by states, and not the federal government. So, there is much for the justices to consider. Of all the responses read, there was one that jumped out at me as interesting. The opinion of the writer was that this (PPACA, SCOTUS ruling, etc.) will lead to a single-payer system for health care in the United States. More specifically, the writer mentioned using Medicare as the platform. It is worthwhile to understand a few things about the United States health care system before making statements about single-payer systems, or that Medicare might be a solution for all citizens and legal residents.

So let us start at the beginning. There are five currently accepted models of health care in the United States. The most prominent, by the percentage of population covered, is employer-based coverage. This provides health insurance for 48% of the population. Following employer-based coverage are the two primary government models, Medicare and Medicaid. These two programs cover 16% and 15% of the population, respectively. Other private insurance plans cover 6%, and the remainder of the insured population (2%) is publicly insured, with the balance of 13% being uninsured. With only 85% of the U.S. population maintaining health coverage, the administration is left to look for a viable solution to provide the “ideal health care system,” which covers all U.S. citizens1. Enter the Patient Protection and Affordable Care Act, which is estimated to generate coverage for only 92% of the legal, non-elderly U.S. population2.

Redeveloping the current Medicare system to cover all U.S. citizens and their dependents requires that specific items be addressed. These items present themselves as four priorities: (1) handling of dual eligible persons, (2) merging benefit differences, (3) alleviating system differences, and (4) handling of health concerns, most of which are outside the scope of this article.

To understand the top priorities, here is some history. Beginning in 1965, the current Medicare system has provided coverage for all people age 65 and older, regardless of their income or medical history. Since its inception, there have been a number of changes to the programs offered through Medicare. According to the Centers for Medicare and Medicaid Services (CMS), the most significant legislative change was the Medicare Modernization Act, signed into law in 2003, which changed how those who are eligible for Medicare get prescription medication3. The Medicare program was also expanded to provide coverage for people outside the original coverage parameters. In 1972, Medicare was expanded to provide eligibility for persons under age 65 if they have long-term disabilities (and have been receiving Social Security Disability Insurance (SSDI) for two years) and to individuals with end-stage renal disease (ESRD). These changes provide historical perspective showing how the Medicare system has been changed to meet the needs of the population.

As a top priority, the Medicare system would again need to be changed to meet the needs of the U.S. population. Under the current model of Medicare and Medicaid, dual eligibility is a concern. “In 2011, Medicare covered 48.7 million people4.” In a similar timeframe, Medicaid covered nearly 62 million people. In doing so, “Medicaid provides health coverage for more than 4.6 million low-income seniors, nearly all of whom are also enrolled in Medicare. Medicaid also provides coverage to 3.7 million people with disabilities who are enrolled in Medicare5.” This ongoing issue is the subject of current demonstration projects (which tests the feasibility), one of which has stated: “The goal is to design a seamless system that helps dual eligible beneficiaries get the health care services they need and improve health outcomes in a more fiscally efficient manner,” said California Department of Health Care Services (DHCS) Director Toby Douglas. An example of this inefficiency is that “there are approximately 1.1 million people in California enrolled in both Medicare and Medi-Cal. These are among the state’s highest-need and highest-cost users of health care services, accounting for nearly 25% of Medi-Cal spending. The proposed three-year project would enroll a portion of California’s dual eligible beneficiaries into integrated care delivery models. An estimated $678.8 million in general fund savings is expected in fiscal year 2012-13, increasing to $1 billion in 2013-14, according to the agency.” Expanding demonstrations like this incorporates integrated care delivery systems so there is no overlap in eligibility, which significantly reduces the country’s health care spending6. Interestingly, in order to remove these overlaps, all other government funded health care programs would likely need to be completely divested and closed. In order to present Medicare as a solution for (almost) everyone, the current Medicare system would need some updates. “In 2011, Medicare covered 48.7 million people. Total expenditures in 2011 were $549.1 billion.” There were an additional $398 billion dollars in Medicaid expenditures to cover 68 million people7.

Handling the health care needs of more than 300 million people would be a tremendous undertaking. To accomplish this, not only would tax reform be required to transition the different models to pay for insurance for everyone, Medicare would need to roll out a single national electronic health record system to truly manage the clinical integration, quality, and cost. With recent memories of how the federal health care Exchanges rolled out, I am not sure that the country will be ready for the integration of the systems of Medicare and more than 5,000 hospitals in the U.S., plus physicians, and maybe insurance companies, as well as the many other pieces that allow us to access health care in the United States.For more information on this case, download UBA’s free PPACA Advisor, “Supreme Court Hears Oral Argument in Subsidy Eligibility Battle.”